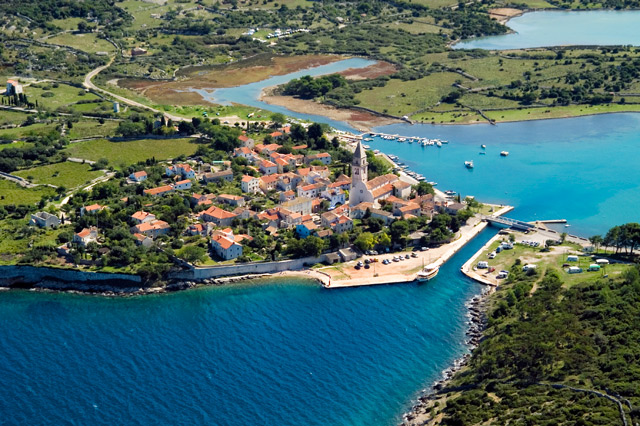 On the point where the islands of Cres and Lošinj are the closest to one another, is located a village that was very important in the past, thanks to a channel (Cavata, Kavuada, Cavanella) that enabled the passage from one sea to the other. The main traffic between the northern Adriatic and Dalmatia took place through this channel and Osor became an international harbour.

Over the strait of Osor (width 12m, min.depth 2,6m) there is a mobile bridge. Because of the bridge only small boats can pass the strait.

Near the northern coast of Lošinj for about. 40m, the depth is only 1,5-1,7m. The current is very strong here, up to 6 knots, and because of this, it is reccomended to navigate 2-3 knots faster than the current. The boats that come from the north have right of way and those that are waiting for the passage have to maneuver or to anchor, in order not to interfere with the boats, that pass through the strait. While the bridge is open, it is forbiden to dock, or to stop in the strait.

MCP boat charter is delivering your chartered boat to a location of your location.